Toadstool Geologic Park
Natural Wonder of Northwest Nebraska
Evidence of paleorivers, or "ancient rivers" can be seen Toadstool Park. It is thanks to these rivers that the unique "toadstools" exist which give the park its name.
Wherever you see sandstone in Toadstool Park you can know that an ancient river once flowed there. Fast flowing rivers from the Rockies to the west and the Black Hills to north flowed through this area and deposited coarse-grained sand which was cemented into sandstone over time. 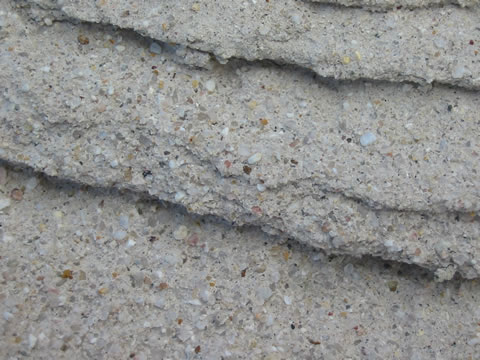 While sand was accumulating in the river bed, silt was slowly being deposited in the river's flood-plain. This silt, over time, became siltstone. The river, over hundreds of thousands of years, changed course many times and left alternating layers of sandstone and siltstone.

Roughly 10 million years ago, this region was lifted higher and the climate became drier. All the layers that had been built up over millions of years, began to wear away. This process continues today. The hard sandstone is more resistant to the forces of erosion than the softer siltstone. It often forms a protective "cap" over a "stem" of siltstone below, forming a "toadstool." These toadstools are just brief snapshots in the ongoing movie of geology. The park's most famous toadstools recently collapsed during a violent storm. Others are being formed

The information above comes from this GREAT website on the Geology of Toadstool Park.